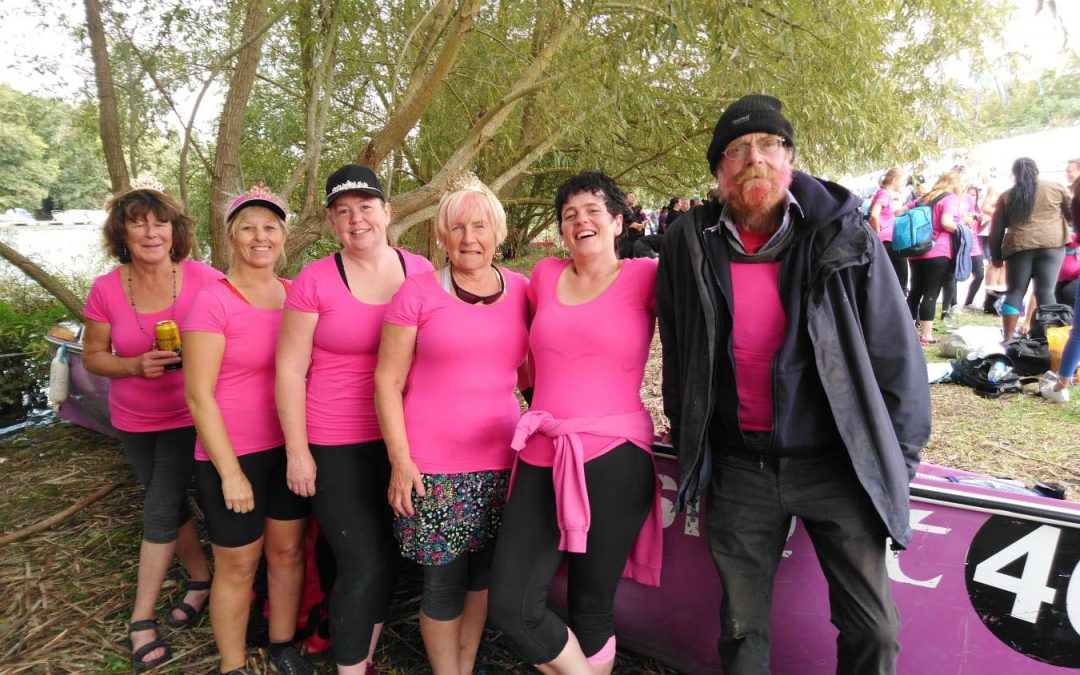 A team from Solva Rowing and Watersports Club took part in London’s river marathon – the Great River Race – in September. The course from Millwall, on the Isle of Dogs, to Ham, near Richmond, is rowed with the tide, but this year’s competitors had to battle a strong wind against them for much of the 21.6 miles.

More than 300 boats took part from around the UK and beyond – boats from Holland and Romania were among overseas entries.  The spectacle illustrates the wide appeal of rowing across the generations.  Some crews included children, and others were made up of people well into their retirement years.

Solva Rowing Lovelies – aka The Ladies and the Tramp – had rowed together only a couple of times prior to the event, after a hand injury ruled out one of the original members.  They completed the course with just enough energy left to lift the boat out before the tide turned…and enough to lift a pint or two!

Anyone who would like to try rowing is welcome to come down to the quay on club night – Thursday from 6 pm.  Evening sessions are drawing to a close at this time of year, but there will be an end of season bash with a row – possibly a race – followed by drinks and nibbles in the Ship Inn, on Friday October 5, from 5.30 pm.

You can find out more about which cookies we are using or switch them off in settings.

This website uses cookies so that we can provide you with the best user experience possible. Cookie information is stored in your browser and performs functions such as recognising you when you return to our website and helping our team to understand which sections of the website you find most interesting and useful.

Strictly Necessary Cookie should be enabled at all times so that we can save your preferences for cookie settings.

If you disable this cookie, we will not be able to save your preferences. This means that every time you visit this website you will need to enable or disable cookies again.